MECLABS no longer offers paid, online courses. We have replaced them with our new online training – Become a Marketer-Philosopher: Create and optimize high-converting webpages. The online course is fully underwritten by MECLABS, with no monetary cost to participants.

Email Marketing is an essential component of nearly every online marketing program. Getting the most from your email marketing efforts can be a daunting task. The MECLABS Email Messaging course will give you the tools you need to test and optimize your email campaigns — from email capture to sales conversion.

Our students have reported immediate results from the email optimization techniques that they’ve learned in this course and applied to their own campaigns.

During the course, you’ll learn proven techniques you can immediately implement, including how to:

Get the tools you need to test and optimize your email campaigns. Check out the video below to get an inside look at what you can expect to see in the Email Messaging Course (complete first session): 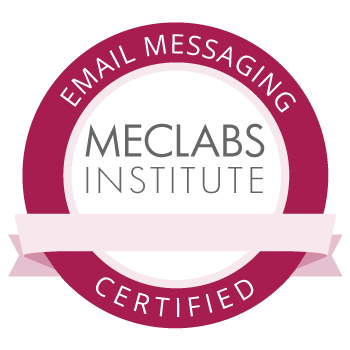 Learn Proven Methodologies Based on Years of Research

In this five-session course, your instructors will take you through a step-by-step methodology for optimizing email messages. You will learn how to capture more subscribers, craft effective email copy and convert email clicks to sales. Once you have taken and passed the final exam, you will be designated as a certified professional in Email Messaging Optimization.

Once certified, you’ll be able to think about each element of your emails to maximize your open rate, click through rate and conversion rates. Remember there are no “best practices” that you can apply over and over again to achieve consistent results. 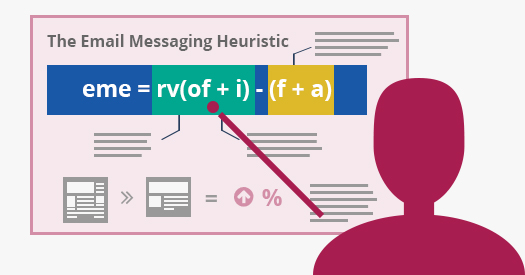 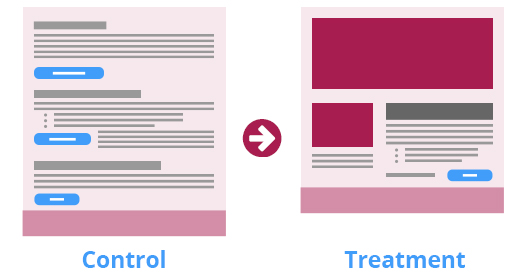 As marketers, we need to take a good, hard look at our email messages and try to decipher what we are really telling our audience. Often in marketing, we think the most creative execution is the best answer for engaging potential customers. Yet our audience is interacting with these messages in a much different way than we are. They blaze through their inbox looking for any excuse to delete your message — the modern-day equivalent of sorting through postal mail over a garbage can.

The MECLABS Email Messaging Online Course will teach you to quickly, clearly communicate the value of reading your email so that it’s not simply thrown into the virtual trash bin.

We will review several case studies and the key principles that will guide the entire course as well as discuss how the "inverted funnel" and value exchange fulcrum impacts your email effectiveness.

We discuss how to measure and adjust the four factors that determine the effectiveness of your value proposition.

We teach you optimization strategies for crafting effective subject lines.

This session will focus on optimization strategies for converting an email click into sales.

This session will focus on optimization strategies for maximizing conversions on your landing page by teaching you the MECLABS Conversion Heuristic.

We’re sorry! Unfortunately, we do not currently support Internet Explorer version 9 and below. Please try using another browser if you have one available or contact us at customer.service@meclabs.com for further assistance. Thank you, and we apologize for any inconvenience this may cause.

Get Certified in Email Messaging

Learn to test and optimize your email campaigns with real case studies and proven techniques.

"Learned so much in the class. The material is such that we can go implement this right away in all facets of our funnel including webinar! Awesome stuff!"

"Great work by MECLABS once again providing actionable information that will deliver results!" 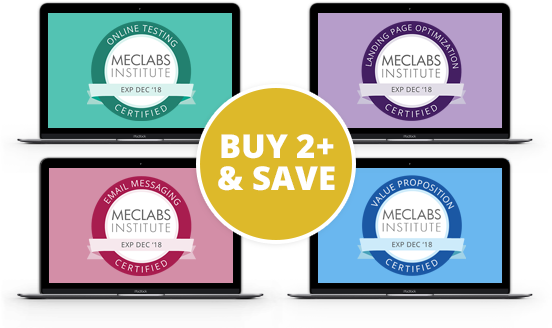 His personal work has focused on the philosophy of human choice, experimental design, and the cognitive psychology of conversion. Dr. McGlaughlin has written or edited more than 250 articles and texts. He has won multiple awards, and he has been quoted in more than 10,000 online and offline sources.

McGlaughlin has patented ten conversion-related heuristics and he has conducted large-scale research projects in partnership with companies such as The New York Times, Google, Bank of America, Wells Fargo and Royal Bank of Canada.

McGlaughlin also serves as the Director of Enterprise Research at the Transforming Business Institute, University of Cambridge (UK), as the former Chairman of the Board of Governors for St. Stephen’s University, and as a former Trustee for Westminster Theological Centre. He originally studied philosophy and theology at University of London's Specialist Jesuit College.

He lives in Ponte Vedra Beach, Florida, with his wife and three children.

Austin McCraw, Senior Director of Content Production, MECLABS Institute, has been a key decision maker in clearly and creatively bringing the Institute’s research and discoveries to audiences nationwide. He is an expert at imparting knowledge so that marketers can use it to create greater success for themselves and their organizations.

Austin is a seasoned speaker. He has taught the MECLABS Value Proposition Development Course at Fortune 50 companies and enterprise startups. He has worked directly with marketing departments to help them discover and optimize value propositions. He has also been a regular host of MarketingExperiments web clinics. His passion for helping organizations identify and maintain a laser focus on their ideal customer is the foundation of each of his presentations.

Since joining MECLABS in 2007, he has reviewed more than 2,500 experiments, written more than 300 hours of training, and developed five professional certification courses on the topics of Offer-Response Optimization and Value Proposition. He has worked directly with Dr. Flint McGlaughlin, MECLABS Founder and Managing Director, on academic and commercial writing projects.

Prior to joining MECLABS, Austin was promotions director for a PBS affiliate in Gainesville where he was in charge of publicizing local and national programming. He has a bachelor’s from University of Florida’s College of Journalism and Communications. 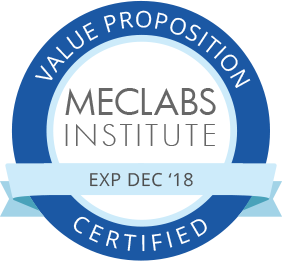 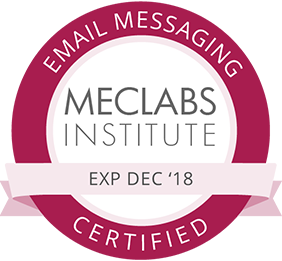 Email Marketing is an essential component of nearly every online marketing program. Getting the most from your email marketing efforts can be a daunting task. The MECLABS Email Messaging course will give you the tools you need to test and optimize your email campaigns — from email capture to sales conversion.

Our students have reported immediate results from the testing and optimization techniques they’ve learned in our courses and applied to their own online marketing campaigns. 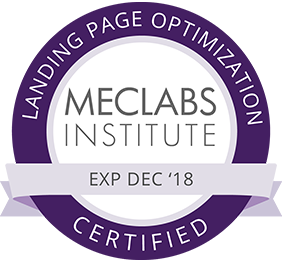 MECLABS has developed the meta-theory of landing page optimization that has been proven to work in thousands of experiments. Taught for 10+ years to thousands of marketers from companies like Google, Cisco, Oracle, Verizon, Vocus and more, this hands-on training course offers real examples, step-by-step instruction and insights on how you can optimize your landing pages for maximum conversion.

During the course, you'll learn proven techniques you can immediately implement, including:

To add this course, simply close this box and press the plus sign, and you will see your updated total. 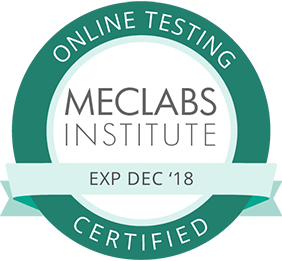 Improve your online testing skills, increase your company's revenue and advance your career with the MECLABS Online Testing course.

The web has become far more than merely another marketing channel — it’s the heart of your entire business ecosystem. The web is the only tool that allows your team to peer into the minds of consumers while they make a purchasing decision. By using the web for this purpose, you’ll be able to answer the fundamental question of why customers say, "Yes, I will take the next step in the sales process."

To add this course, simply close this box and press the plus sign, and you will see your updated total.